The Center for Astrophysics | Harvard & Smithsonian is a collaboration between the Smithsonian Astrophysical Observatory and Harvard College Observatory designed to ask—and ultimately answer—humanity’s greatest unresolved questions about the nature of the universe.

There’s only one thing missing: you.

We are looking for life. You can help us find it.

The Smithsonian Astrophysical Observatory (SAO) is on the cusp of answering humankind’s most profound question:

In the past two decades, the number of known planets has grown from those in our solar system to thousands. As this list of new planets increases, SAO is developing technology to detect evidence of life in their atmospheres.

Finding life elsewhere in the universe will require the power of the Giant Magellan Telescope and its GMT-Consortium Large Earth Finder, or G-CLEF instrument.

The Giant Magellan Telescope will employ seven of today’s largest mirrors to create one of the greatest light collecting areas ever assembled. This design will provide a resolving power 10 times greater than the Hubble Space Telescope.

The design and development of the G-CLEF instrument, led by SAO, will capitalize on this unequaled collection capacity as the most sensitive spectrograph ever built. Light captured by the GMT will be split into its component colors and be analyzed for “biomarkers” that would signal the presence of life.

In particular, astronomers will search for signs of oxygen. On our world, oxygen is generated by living organisms. It is a reactive gas that quickly combines with other elements, so if it is found in abundance something must be replenishing it.

The discovery of oxygen or other “biomarkers” in a distant world’s atmosphere will forever change our view of our place in the cosmos. It will be the strongest indication of life ever measured. At last, we will know that we are not alone.

Help us answer one of humanity’s greatest questions with a one-time or annual gift to fund the Giant Magellan Telescope through the Smithsonian Astrophysical Observatory.

If you would like to make a donation to SAO by check, please make the check out to: Smithsonian Astrophysical Observatory with your gift designation on the Memo line and send it to:

For more information about supporting our science, please contact our Advancement Office. 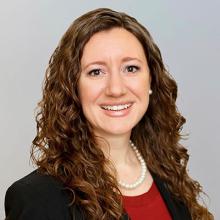 Join our search for life.

Help us answer one of humanity’s greatest questions with a one-time or annual gift to fund the Giant Magellan Telescope through the Smithsonian Astrophysical Observatory.

The seven GMT mirrors are each 8.4 meters in diameter, arranged approximately in a hexagonal pattern. These mirrors reflect the light from astronomical sources onto secondary mirrors, which will be equipped with “adaptive optics” to correct for fluctuations in Earth’s atmosphere.

More on the Giant Magellan Telescope

Are we alone in the universe?

Since humans first looked to the cosmos, we have wondered if life exists elsewhere in the Universe. Scientists and engineers at the Center for Astrophysics | Harvard & Smithsonian may soon be able to answer that question.

The Giant Magellan Telescope will be one of the few super giant earth-based telescopes that promises to revolutionize our view and understanding of the universe. It will be constructed at the Las Campanas Observatory in Chile. Commissioning of the telescope is scheduled to begin in 2029.

The Smithsonian Astrophysical Observatory is supported by an advisory board composed of influencers and advocates who are just as passionate about the next big discovery as any of our scientists.

MEET OUR ADVISORY BOARD

I’m excited about the GMT's ability to peer back into the earliest ages of our universe, and to explore answers into the origin, nature and qualities of dark matter and dark energy. But my guess is that the GMT's most exciting discoveries are the ones we don't yet know enough to ask about!

The GMT will open new doors to learning about the true nature of our Universe. Purposefully probing potential environments suitable for life and hopefully spying on alien life itself are incredibly exciting possibilities.

Since Galileo first pointed his telescope to the heavens, technological advances have revolutionized how we understand the universe and perceive our place in it. The GMT will carry on this magnificent tradition, providing new answers and raising new questions to outstanding and existential issues – the structure of the universe and life beyond the earth. How exciting!

Just the idea that our species will develop the ability to analyze the atmospheric spectrography of planets around stars other than the Sun is mindblowing to me, and who knows what else might be discovered with such a giant telescope in such a perfect spot.

The scale and collaboration necessary to make this project a success is inspiring. It is a monumental effort that has brought different universities and nations together in pursuit of a shared, aspirational goal -- to build this telescope and find life elsewhere in the universe. It takes an army of people who support a project like this to make happen.