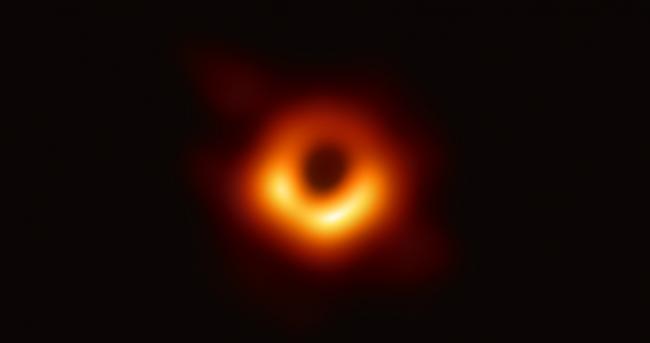 Event Horizon Telescope Collaboration Director Shep Doeleman of the Center for Astrophysics | Harvard & Smithsonian will accept the 2020 Breakthrough Prize in Fundamental Physics on behalf of the EHT collaboration. The $3 million prize will be shared equally with the 347 scientists co-authoring any of the six papers published by the EHT on April 10, 2019, which can be found here: https://iopscience.iop.org/journal/2041-8205/page/Focus_on_EHT.

Using eight high-powered radio telescopes strategically positioned in Antarctica, Chile, Mexico, Hawaii and the continental United States, a global collaboration of 348 astrophysicists at 60 institutions in 20 countries photographed a black hole for the first time, targeting the supermassive black hole at the center of the Messier 87 galaxy – its mass equivalent to 3.5 billion suns. After synchronizing their snapshots to within a fraction of a trillionth of a second, and painstakingly analyzing the data with novel imaging techniques, the team produced a composite image of this galactic monster silhouetted against a blurry ring of light that had escaped its pull.

Now in its eighth year, the Breakthrough Prize, known as the "Oscars of Science," annually recognizes achievements in the Life Sciences, Fundamental Physics and Mathematics, disciplines that ask the biggest questions and seek the deepest explanations. Considered the world's most generous science prize, each Breakthrough Prize is $3 million.

The new laureates will be recognized at the eighth annual Breakthrough Prize gala awards ceremony on Sunday, November 3, at NASA Ames Research Center in Mountain View, California, and broadcast live on National Geographic.