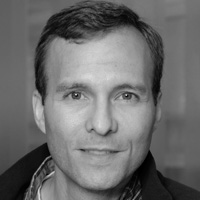 Research Interests: His cosmology research focuses on observations of the cosmic microwave background (CMB) to reveal signatures of the physics that drove the birth of the universe, the creation of its structure, and its present-day expansion. His research over the past two decades has involved the design, deployment, and operation of multiple generations of radio telescopes at the Amundsen-Scott Station at the South Pole.

During his graduate studies at the University of Chicago supervised by Prof. John Carlstrom, Kovac thesis focused on the first detection of CMB polarization in 2002 with the Degree Angular Scale Interferometer (DASI), for which he was awarded the Grainger Prize Fellowship.  During Kovac's subsequent years at the California Institute of Technology as a Millikan Postdoctoral and Killroy Research Fellow, he worked in Prof. Andrew Lange's group on bolometric polarimeters QUAD and BICEP1, also based at the South Pole.  BICEP1 was designed specifically to target the B-mode signature of an Inflationary origin of the universe, and its observations (2006-2008) have provided the most powerful published constraints of this signal as of late 2013.  BICEP1 was the first stage of a coordinated program developed for the South Pole, the BICEP and Keck Array series of experiments, co-led by Kovac at Harvard as well as Clem Pryke (UMN), Jamie Bock (Caltech/JPL), and Chao-Lin Kuo (Stanford/SLAC).  Kovac leads the second telescope of this series, BICEP2, which observed from South Pole 2010-2012.  The third stage of this program, the Keck Array, began operation in 2011 and will observe at the South Pole through 2016.  It will be joined at Pole in 2015 by BICEP3.

His courses include an advanced astrophysics lab (Ay191) in which undergraduates detect their own evidence for the Big Bang.
He has authored over 30 refereed publications on his research and has co-organized meetings on astrophysics from Antarctica including NSF workshops, SCAR working groups, and the IAU 2012 special Symposium.  He is a 2011 Alfred P. Sloan Research Fellow and a recipient of the NSF Career Award