Most known exoplanets have been discovered by the small reduction of light from their host star as they “transit”: when they pass between their host star and us. Astronomers extract information about the size of the orbit and the diameter of the exoplanet from transits. Because the amount of light involved is small, transit measurements are easiest for large planets orbiting very close to their host stars.

Unfortunately for astronomers, Earth-like planets orbiting Sun-like stars in the “habitable zone” — the range of orbits where heat from the star allows liquid water on the surface of a planet —  produce transit effects that are very difficult to measure. However, M dwarf stars are more numerous, smaller, and less bright than Sun-like stars, and that’s where the MEarth Project comes in. In particular, the faint red M dwarf stars are very numerous, and their habitable zone is much closer to the star. That means transits by potentially habitable Earth-like planets are far easier to detect.

The MEarth Project consists of sixteen independent 40-centimeter (16 inch) telescopes, which monitor about 2000 nearby M dwarf stars for exoplanet transits. Half of the instruments are located at FWLO and the other half at CTIO. The telescopes are robotic, meaning they are operated by computer without the need for human intervention. The instruments measure fluctuations in infrared and visible light from the stars.

To detect transits, MEarth telescopes track stars for long periods of time, which has allowed astronomers to identify several exoplanets, including the rocky planet GJ1132b, which is 20% larger than Earth. However, MEarth also led to important measurements of the stars themselves, including size and rates of rotation, which provide important clues about how M dwarf stars form and evolve. 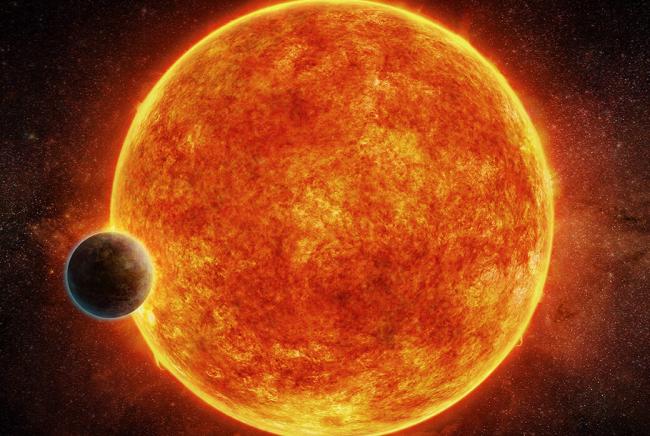