HATNet was first developed by members of the Hungarian Astronomical Association. The current HATNet instruments at FLWO are four 20-centimeter telescopes based on off-the-shelf telephoto lenses, along with one mirror-based telescope of comparable size. These telescopes are designed to be inexpensive and low maintenance, and are operated entirely by computer without the need for human intervention.

HATNet telescopes survey bright stars to look for the brief decrease in light caused by an exoplanet transit, when the planet passes in front of the star. The transit technique is also used by NASA's Transiting Exoplanet Survey Satellite (TESS) and the Kepler/K2 space telescope, and is the most successful method for identifying exoplanets. HATNet astronomers have identified 70 confirmed planets, and hundreds of possible planets. An additional 72 confirmed planets and hundreds of possible planets have been identified by the related HATSouth network.

In addition to the five telescopes at FLWO, HATNet has two telescopes on Maunakea in Hawaii and six in the HATSouth network in South America, Africa, and Australia. The network is currently managed by astronomers at Princeton University. 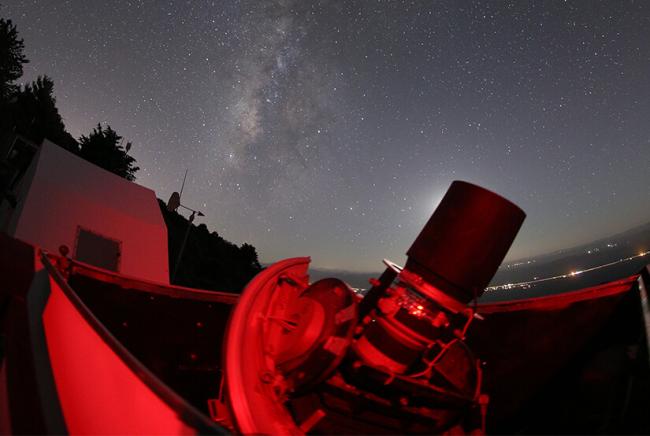 One of the HATNet telescopes at the Fred Lawrence Whipple Observatory in Arizona.