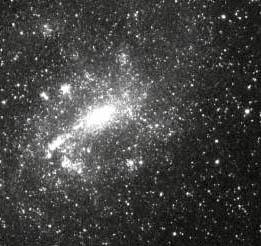 The existence of black holes is well established, and observations have found both stellar mass sized objects and giant ones millions to billions times more massive than the sun at the centers of galaxies. But the origin of these massive black holes is a mystery. Small black holes are the ashes of supernovae, but massive ones presumably must start small and grow over time. Such growth is highly constrained, however, because the vary act of accreting material generates radiation that inhibits further inflow, and billions of years are thought to be needed to make billion solar-mass black holes. The problem arises because astronomers have now detected quasars with supermassive black holes in the early universe - but there has not been enough time since the big bang for them to grow to supermassive sizes. Stellar mass black holes, furthermore, should have produced many intermediate mass black holes as they grew, yet only a few are candidates and their identification as IMBHs remains controversial. The firm identification of IMBHs could help clarify the issue. An alternative suggestion has been advanced to solve the problem. The direct collapse of a large gas cloud in the early universe could produce an intermediate-sized black hole (IMBH) with hundreds to hundreds of thousands of solar masses, leaving plenty of time for them all to grow by now into supermassive objects.

CfA astronomer Igor Chilingarian led a team that has for the first time identified a set of galaxies with active nuclei hosting intermediate mass black holes. They used optical and near-infrared galaxy surveys to identify candidate sources from the intensity and velocities of their atomic emission lines, selecting three hundred and five likely IMBH candidates. They then obtained X-ray measurements from the Chandra and/or XMM missions which confirmed that ten of these nuclei were IMBHs and were actively accreting. The least massive IMBH they discovered in their set of ten had thirty-six thousand solar-masses; the largest had about ten times more. Their discovery is remarkable not only because it marks the first conclusive detection of these elusive objects, but because it lends credence to the idea that stellar-mass black holes seeded the early universe, with many of them then growing into the supermassive monsters we see today.