Eight students earned doctoral degrees in astrophysics from Harvard University this May. 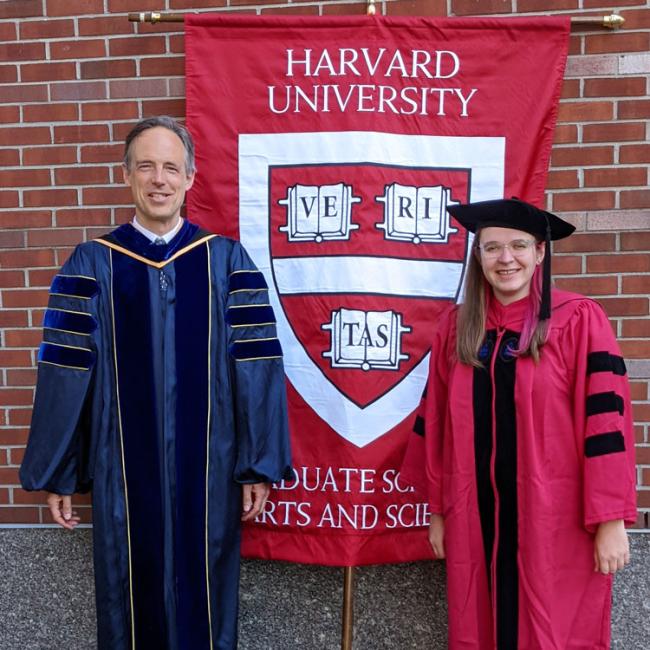 On Thursday, May 27, eight students in the Department of Astronomy officially earned their doctoral degrees in astrophysics.

"I have had the privilege of working closely with many of our latest grads and they've been a marvelous group," says Daniel Eisenstein, professor and chair for the Department of Astronomy. "While I am sorry to see them go, I am confident they will each go on to successful careers."

The Diploma Awarding Ceremony on May 27 provided individual recognition of each participating graduate who completed their degree in November 2021, March 2022 or May 2022. Those who were unable to attend the ceremony, which was hosted by the Harvard Graduate School of Arts and Sciences (GSAS), can rewatch the astronomy portion of the event below.

The following are a few of the inspirational graduates who make up the Class of 2022: 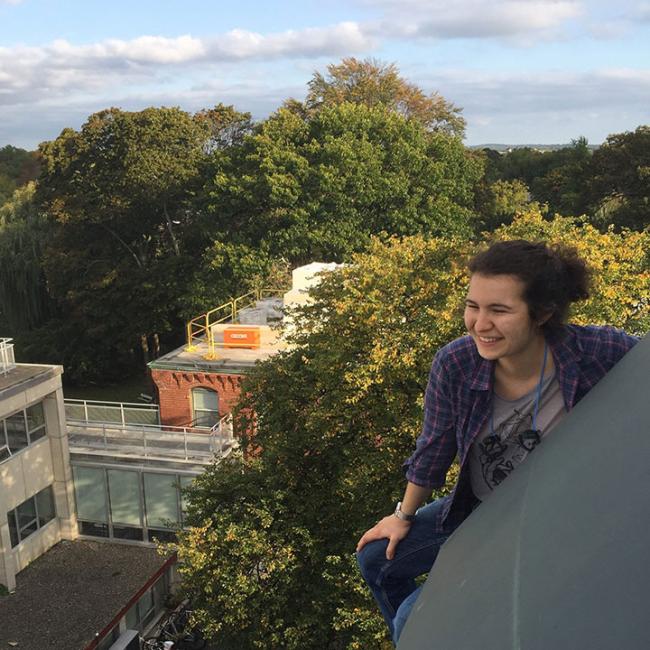 Originally from Bulgaria, Boryana Hadzhiyska was inspired to study astronomy because of its philosophical implications. “What is the origin of everything? What are the limits of our physical knowledge? Is there anything beyond the universe?” she often asks.

Boryana's own research blends cosmology, galaxy formation, particle physics and statistics to understand the connection between galaxies and their dark matter hosts, known as halos. Advised by Daniel Eisenstein and Lars Hernquist, she never expected to develop self-confidence about her field of study, yet alone complete her degree in four years — a rare feat at the Center for Astrophysics (CfA).

Boryana got involved with a number of outreach efforts during her time at the CfA, including packing and preparing food for local families in need and promoting diversity, equity and inclusion initiatives at Harvard. In her free time, she enjoyed biking to peaceful areas around Cambridge, singing in the graduate student choir and supporting social justice issues.

This fall Boryana will begin conducting postdoctoral research at the University of California, Berkeley under a joint Miller-Chamberlain Fellowship. Boryana was also offered a NASA Hubble Fellowship during her time at the CfA but declined because of her commitment to the two other fellowships.

Boryana holds a bachelor's degree in astrophysics from Princeton University and a master of advanced study in applied mathematics from Cambridge University. 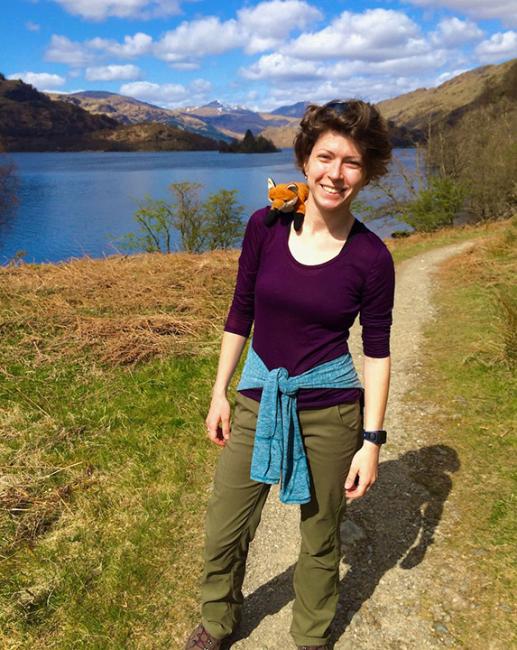 Using the fastest supercomputer in the U.S., Nina co-developed AbacusSummit during her time at the CfA. At nearly 60 trillion particles, it is the largest set of cosmological simulations ever produced. The simulations capture the behavior of the dark matter, a mysterious and invisible force that makes up 27 percent of the universe.

Originally from St. Petersburg, Nina’s family immigrated to the U.S. when she was five to escape antisemitism. In her spare time, she enjoys reading and writing and today knows five languages: English, Russian, German, Biblical Hebrew and Spanish.

Nina admits she wasn't always eager to study physics and instead was drawn to a career in the humanities. But after taking a physics course with Dartmouth College research adviser Robert Caldwell, she was hooked.

"He took high school physics concepts and showed us how they relate to black holes, quantum tunneling and General Relativity!" Nina recalls. "And he asked the timeless questions: 'Where did our universe come from? How will it end?'"

Nina is excited to continue studying the intersection of physics, philosophy and religion this fall at the University of St. Andrews in Scotland in a Biblical Languages and Literature master's program.

"There I plan to finish building a skillset that will allow me to serve as an interpreter between the mathematical and the Biblical languages in the hope of facilitating conversation between the two academic fields," she says.

While she is eager to continue her studies, Nina says she'll miss the AbacusSummit team, particularly "their integrity, kindness, and humility." 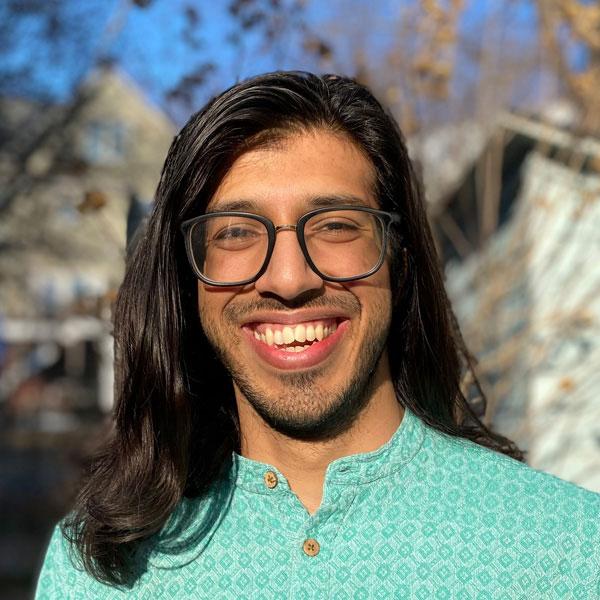 Rohan grew up in Hyderabad, India. In a Bollywood-esque plot twist, at age 18 he dropped out of engineering school, bought his first-ever plane ticket, and joined the founding class of 150 students at Yale-NUS College, Singapore, one of Asia's first liberal arts colleges.

Today, Rohan is part of Charlie Conroy's research group, and a core member of the H3 Survey. His research focuses on the first galaxies that formed after the Big Bang. The work addresses when these galaxies emerged to illuminate the universe, how they ionized the intergalactic reservoirs of hydrogen, and how they synthesized the elements that would one day seed life on Earth.

Rohan was awarded a prestigious NASA Hubble Fellowship to conduct postdoctoral research at the Massachusetts Institute of Technology this fall. There he will continue to study the first galaxies with a near-and-far approach. As one of the first users of NASA's James Webb Space Telescope, he will lead direct observations of galaxies at the highest redshifts. And through archaeological studies of our own galaxy, aided by the European Space Agency’s Gaia satellite, Rohan will excavate and characterize ancient, immigrant galaxies that lie buried within the Milky Way. 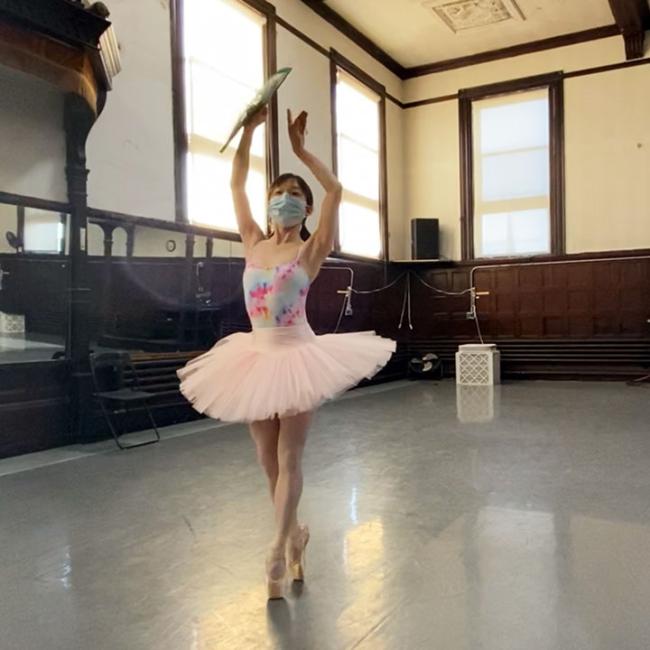 Xiaohan Wu isn't afraid to express her creative side. Earlier this year, she danced her way to winning an international competition hosted by the American Association for the Advancement of Science (AAAS) and Science magazine.

The competition challenged graduate students and those with PhDs to turn their complex doctoral theses into dances that the general public can understand.

Eager to create a "tribute to astronomy," Xiaohan slipped on pointe shoes and a poofy pink tutu and created an interpretative dance to explain her research on the early universe. She was named winner of the physics category in February.

During her time at the CfA, Xiaohan studied the epoch of reionization, a period about 12 billion years ago when the first stars and galaxies began to form, lighting up the utterly dark universe.

She'll now join the Canadian Institute for Theoretical Astrophysics as a postdoctoral researcher.

Originally from Beijing, Xiaohan holds a bachelor's degree in astronomy from Peking University.