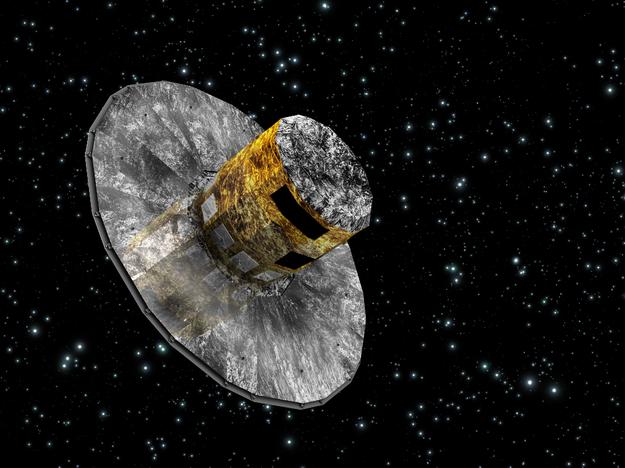 An artist's conception of the Gaia spacecraft in orbit. Astronomers have combined Gaia's measured stellar distances with multiple stellar surveys and used a new algorithm to determining key stellar properties including ages and masses.

The determination of accurate stellar ages and masses is essential for astronomy - but notoriously difficult. Various methods have been developed for stars of all types, achieving different levels of and accuracy. The most widely used and arguably most established method is stellar evolutionary modeling of main-sequence stars like the Sun, and slightly evolved medium-mass stars whose properties are not readily confused with those of other kinds of stars. On the other hand stars less massive than the Sun and stars that have finished their main phase of hydrogen burning and swollen into giant stars have ages that are harder to pin down.

The study of stellar properties is currently undergoing a revolution thanks in a large part to a new generation of ambitious spectroscopic Milky Way surveys of hundreds of thousands of stars, and by new distances measurements using the Gaia satellite.

CfA astronomer Aaron Dotter and three of his colleagues, building on these new trends, have developed a new method using Bayesian statistics that combines multiple datasets together (especially new ones from Gaia and near infrared photometric surveys) to determine the most likely age and mass values for stars. They tested their algorithm on about four thousand stars in the solar neighborhood and derived values that were consistent with literature values but generally with smaller uncertainties. They also applied the method to 9111 stars in the neighborhood to produce a catalog of values. Not least, they were able to apply their method to examine the chemical enrichment of stars in the neighborhood. The new algorithm will become even more valuable in the near future as Gaia and more new surveys produce large amounts of data.