NASA’s Chandra X-ray Observatory is a groundbreaking space telescope, with abilities beyond anything that came before it. The Chandra Multiwavelength Project (ChaMP) and Chandra Multiwavelength Plane (ChaMPlane) Survey exploit those abilities to catalog the variety of X-ray sources within archival Chandra data, with follow-up using other telescopes in other parts of the spectrum of light. The surveys identified previously unknown galaxy clusters, quasars, neutron star binary systems, and other significant astronomical sources both in the plane of the Milky Way — ChamPLane — and beyond the galaxy — ChaMP. ChaMP and ChaMPlane are led by astronomers at the Center for Astrophysics | Harvard & Smithsonian, in collaboration with researchers at a number of other institutions in the United States and around the world. 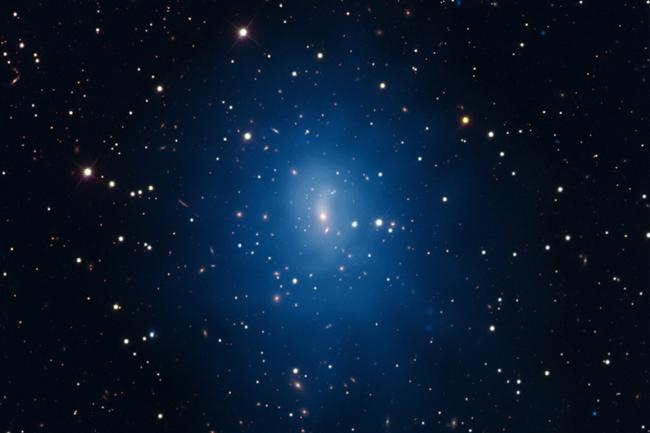 Many astronomical sources emit significant amounts of X-rays: matter swirling around black holes or neutron stars, hot plasma in galaxy clusters or near newborn stars, flares from white dwarfs, and more. These sources are rare, so the best way to spot them is to look at large areas of the sky, such as those provided by images in the Chandra archives. Those images were often taken for entirely different scientific reasons, but since they span a larger region of the sky, they also serendipitously contain a number of other X-ray sources of many types.

Chandra is particularly good for that kind of work, since it is both sensitive to relatively faint X-ray sources and sufficiently high resolution to distinguish details in what it sees. The ChaMP and ChaMPlane surveys work by pointing Chandra at particular places in the sky chosen to be empty of certain bright X-ray sources and seeing what can be identified. As the “multiwavelength” part of both names indicates, any sources found are observed with telescopes that use other parts of the spectrum.

The difference in the surveys is in what they survey. ChaMP is designed to look for deep-space objects: quasars; clusters of galaxies; black holes eating stars in other galaxies; and other extragalactic sources. ChaMPlane works in a similar way, but hunting for sources within the plane of the Milky Way: binary systems consisting of stars in orbit around neutron stars or black holes; cataclysmic variable stars; bright protostellar objects; and other galactic bodies.

The ChaMP and ChaMPlane surveys are managed from the CfA, with collaborators at other institutions including the National Optical Astronomical Observatory (NOAO), NASA, and an international consortium of universities.