An exploding supernova can outshine an entire galaxy. Black holes devour matter and generate enough light to be seen across the universe. Violent processes far away can propel cosmic ray protons to Earth, carrying as much energy as a major-league baseball. High-energy astrophysics research is dedicated to studying the extreme phenomena the cosmos has to offer, using the tools of astronomy and particle physics.

Center for Astrophysics | Harvard & Smithsonian astrophysicists study the high-energy universe in its many forms:

Astronomy at the Extremes

In 1991, the Fly’s Eye experiment in Utah detected a cosmic ray from somewhere in deep space. This single subatomic particle carried 40 million times the highest energy that can be made by particle accelerators on Earth, a figure so staggering that researchers called it the “Oh-My-God particle”.

Since then, cosmic ray astronomers have detected a few other particles with similar extreme energies. While ultra-high-energy cosmic rays don’t hit detectors on Earth very often, the universe contains many things capable of immense destruction. High-energy astrophysics studies these objects and their output, whether it’s gamma rays or X-rays, particles moving extremely close to the speed of light, or explosions bright enough to be seen from billions of light-years away. 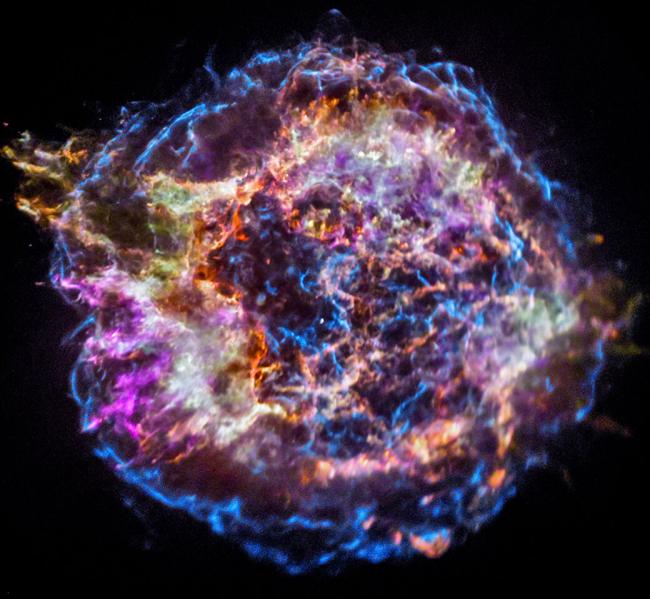 The Cassiopeia A supernova remnant as seen by NASA's Chandra X-ray observatory. Supernovas are among the most energetic phenomena in the cosmos, often outshining entire galaxies at their peaks.