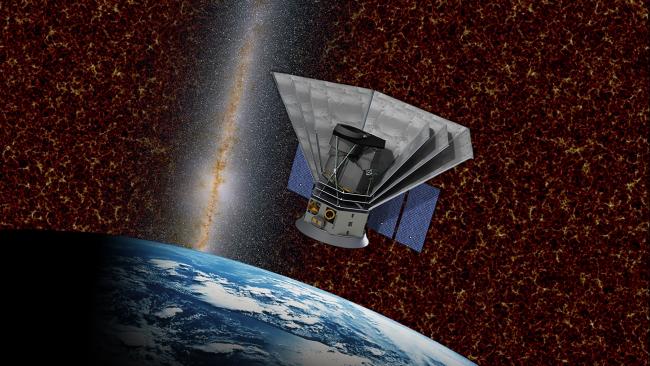 NASA has selected a new space mission that will help astronomers understand both how our universe evolved and how common are the ingredients for life in our galaxy's planetary systems.

SPHEREx, the Spectro-Photometer for the History of the Universe, Epoch of Reionization and Ices Explorer, will carry out a two-year mission funded at $242 million (not including launch costs) with an expected launch in 2023.

"I'm really excited about this new mission," said NASA Administrator Jim Bridenstine in a release from NASA. "Not only does it expand the United States' powerful fleet of space-based missions dedicated to uncovering the mysteries of the universe, it is a critical part of a balanced science program that includes missions of various sizes."

SPHEREx will survey the sky in optical as well as near-infrared light which, though not visible to the human eye, serves as a powerful tool for answering cosmic questions. Astronomers will use the mission to gather data on more than 300 million galaxies, as well as more than 100 million stars in our own Milky Way.

"SPHEREx is a simple yet powerful observatory that will broaden our search for the elements of life in the universe," said Center for Astrophysics | Harvard & Smithsonian (CfA) astrophysicist Gary Melnick. "With it, we will survey the Milky Way to study how planets get their water and key organic molecules. We’ll also investigate the physics behind cosmic inflation—the force that powered the Big Bang—and the evolution of galaxies."

SPHEREx will survey hundreds of millions of galaxies near and far, some so distant their light has taken 10 billion years to reach Earth. In the Milky Way, the mission will search for water and organic molecules – essentials for life, as we know it – in stellar nurseries, regions where stars are born from gas and dust, as well as disks around stars where new planets could be forming.

Scientists at the CfA, led by Gary Melnick, Matthew Ashby, and Volker Tolls, will lead the study of biologically important ices as they evolve from interstellar clouds to young stellar envelopes and, ultimately, planet-forming disks throughout the Milky Way. Professor Karin Öberg will also collaborate in this investigation.

"The Center for Astrophysics was home to the first NASA Astrophysics Small Explorer mission, the Submillimeter Wave Astronomy Satellite (SWAS), which studied the abundance and distribution of gas-phase water in the Galaxy," said Melnick. "Having discovered with SWAS that most interstellar water is contained in ices, we now have the opportunity with SPHEREx to study the most abundant form of water and learn how planets everywhere obtain the ingredients for life."

Every six months, SPHEREx will survey the entire sky using technologies adapted from Earth satellites and Mars spacecraft. The mission will create a map of the entire sky in 96 different color bands, far exceeding the color resolution of previous all-sky maps. It also will identify targets for more detailed study by future missions, such as NASA’s James Webb Space Telescope and Wide Field Infrared Survey Telescope.

NASA's Astrophysics Explorers Program requested proposals for new missions in September 2016. Nine proposals were submitted, and two mission concepts were selected for further study in August 2017. After a detailed review by a panel of NASA and external scientists and engineers, NASA determined that the SPHEREx concept study offered the best science potential and most feasible development plan.

The mission's principal investigator is James Bock of the California Institute of Technology (Caltech) in Pasadena, California. Caltech will work with NASA's Jet Propulsion Laboratory (JPL) to develop the mission payload. JPL will also manage the mission.

NASA's Explorer program has launched more than 90 missions, beginning in 1958 with Explorer 1, which discovered the Earth’s radiation belts. Another Explorer mission, the Cosmic Background Explorer, which launched in 1989, led to a Nobel Prize.