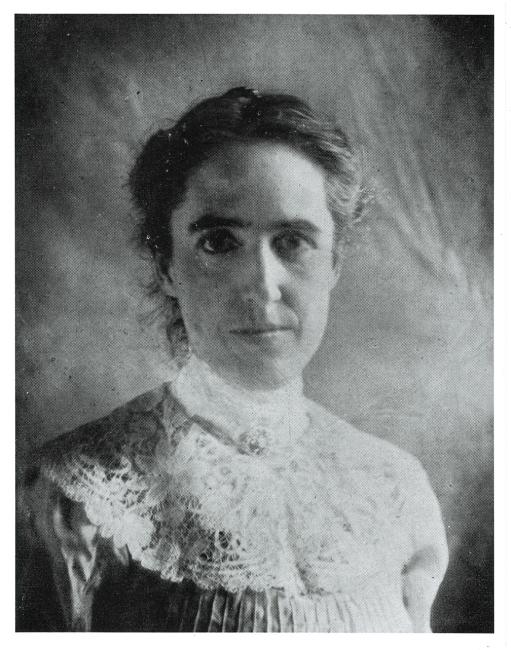 On this Independence Day a century and a half ago, Henrietta Swan Leavitt was born. While working at Harvard College Observatory in Cambridge, Mass. – now part of the Harvard-Smithsonian Center for Astrophysics (CfA) – in the late 19th and early 20th century, Leavitt conducted research that led to two of the most surprising and important discoveries in the history of astrophysics.

Leavitt performed meticulous analysis of pulsating stars called Cepheid variables. She used these observations to develop a powerful new and durable tool for estimating the distances of stars and galaxies, a crucial advance for understanding the size and evolution of the Universe that astronomers of the day were struggling to accomplish.

After Leavitt's death in 1921, Edwin Hubble used the relationship between the period and luminosity of the Cepheid variables to determine that the Universe was expanding. Decades later in the 1990s, astronomers built on this work by discovering that the expansion is, in fact, accelerating. In 2011, the Nobel Prize in Physics was awarded for this discovery.

One of those Laureates, Adam Riess, had used and extended Leavitt's tool as a graduate student doing cosmology research at CfA. Only two years after graduating he led a paper reporting the discovery of the Universe's accelerating expansion. To acknowledge Leavitt's pioneering work, Riess commented:

"By discovering a relationship for some stars between how bright they appear and how fast they blink, Henrietta Leavitt gave us a tool to gauge the size and expansion rate of the Universe. That tool remains to this day one of our very best for studying the Universe."

Leavitt's legacy continues to this day. For example, a Hubble Space Telescope result announced in January 2018 highlights the use of her relationship – now generally called Leavitt's Law – in ongoing attempts to identify whether new physics has been uncovered in recent cosmology observations.

As with many other female scientists of her time, Leavitt's contributions to her field went largely unacknowledged by the scientific peers. For example, an article about her on the American Association of Variable Star Observers website reports:

"As she had lived quietly, unnoticed, so her death left barely a ripple among her peers: to the extent that when, in 1925, the Swedish mathematician Gösta Mittag-Leffler wrote her a letter: 'Honoured Miss Leavitt, your admirable discovery ... has impressed me so deeply that I feel seriously inclined to nominate you to the Nobel Prize in Physics for 1926,' he had to be informed that she had in fact been dead for four years. As the Nobel Prize is not awarded posthumously, Leavitt never received her nomination."

Today, there are many efforts to provide Leavitt with the recognition that her work deserves. This includes Dava Sobel's book "The Glass Universe: How the Ladies of the Harvard College Observatory Took the Measure of the Stars" that covers Leavitt and other women among the "human computers" at Harvard during that time period. Leavitt and her female colleagues are also the subject of "Silent Sky," a recent play being performed in Watertown, Mass. In addition, there was another recent production (April-May 2018) in Cambridge, Mass., that included Henrietta Swan Leavitt. The play was written by Joyce Van Dyke of Harvard's School of Continuing Education and entitled "The Women Who Mapped the Stars."

CfA Wolbach Librarian Maria McEachern had this to say about Leavitt:

"One of the profound truths which comes to mind when I think of Henrietta, her work and its influence, is best expressed in a quotation attributed to Sir Isaac Newton: 'If I have seen further, it is by standing on the shoulders of giants.' Beginning with Edwin Hubble's discovery in 1921, and continuing on to the present day, Henrietta Swan Leavitt's slender shoulders have continued to support truly groundbreaking research."

"What inspires me the most about Leavitt and the other female astronomers who worked at the Harvard Observatory during this time, is the amount of passion they had for their research. This was an age when the propriety of women's higher education was being questioned and these brilliant astronomers didn't even have the right to vote. Yet they worked tirelessly to prove that women were intelligent, capable, and strong."

Indeed, there is much to commemorate on what would have Henrietta Swan Leavitt's 150th birthday this Fourth of July. How appropriate that a day for celebrating the Stars and Stripes can also celebrate someone who loved the stars.