A new series of powerful space telescopes has been recommended for mission maturation and technology development as a top national priority. It includes a powerful X-ray telescope inspired by the Lynx X-ray Observatory conceived at the Center for Astrophysics. 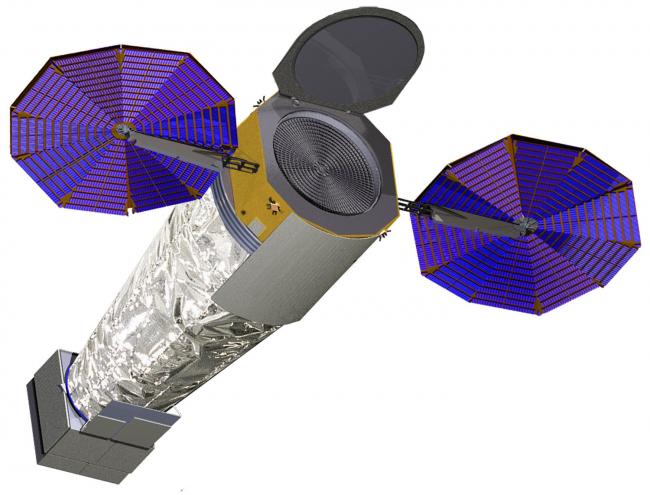 Cambridge, MA -- The 2020 Decadal Survey for Astronomy and Astrophysics has recommended a new series of three Great Observatories — or space-based telescopes — as a top national priority for the future of space astrophysics.

A powerful X-ray observatory inspired by Lynx is included as part of this vision. Dozens of scientists and engineers at the Center for Astrophysics | Harvard & Smithsonian teamed with colleagues around the world to define the observatory's scientific objectives, conceptualize its design and work on key technologies.

Known as the Decadal Survey, the report evaluates astrophysics and astronomy programs and prioritizes them for the next decade of transformative science. Findings from the survey are submitted as recommendations to NASA, the National Science Foundation and the Department of Energy to guide funding requests and allocations for astrophysics over the next 10 years.

"I am pleased to hear that the scientific community endorses a vision for the New Great Observatories that includes a mission that will take advantage of the excellent work of the Lynx team,” says Charles Alcock, director of the Center for Astrophysics (CfA). "A Lynx-like spacecraft will transform our understanding of the cosmos by providing by far the most sensitive X-ray vision into the otherwise invisible universe."

CfA scientists were a key part of the group that first conceived of a revolutionary X-ray observatory a decade ago. Over the past several years, more than 70 CfA scientists and engineers have worked with researchers from two NASA centers, dozens of universities and several aerospace industry partners on the NASA-commissioned Lynx mission concept study. The extensive report outlines Lynx's scientific potential, initial design and associated cutting-edge technology.

"A high spatial and spectral resolution X-ray observatory recommended by the Decadal Survey will be an extraordinary advancement over its predecessor, the Chandra X-Ray Observatory," says Alexey Vikhlinin, co-chair of the Lynx science and technology team and an astronomer at the CfA. "It will provide factors of 100 to 1,000 times improvement in key metrics such as sensitivity for detecting and locating faint sources, as well as high-resolution spectroscopy to measure the energy distributions for objects ranging from nearby stars to distant quasars. This will enable one of the largest performance leaps in the history of astronomy."

X-rays are invisible to the human eye, but can be studied with specially designed telescopes and cameras. For astronomical sources, X-rays cannot be detected from the ground because they are absorbed by the Earth's atmosphere. To surmount this, the proposed observatory will hover about one million miles away from the Earth and orbit around the Sun.

"The new X-ray observatory will belong to all astronomers, and will contribute to revolutionary discoveries about our universe," says Harvey Tananbaum, an astronomer at the CfA who co-led the proposal for what is now the Chandra X-ray Observatory.

"A Lynx-inspired observatory will reveal the invisible drivers of the cosmos," says Grant Tremblay an astronomer at the CfA and member of the Lynx concept study team. "It will act as an indispensable force-multiplier for a triad of observatories that will be greater together than they ever could be apart."