Understanding the cosmos involves both observation and theory. Observation provides real-world data about how stars, galaxies, and other objects in space behave. Theory connects that data together into a full understanding, and makes predictions about phenomena we haven’t observed yet. Theoretical astrophysics includes mathematical models for astronomical systems, along with templates to fit to new results when they arise.

Theory is the way scientists connect facts into a coherent system of thinking, which they can use to understand the natural world. The most powerful theories both explain what we observe in a coherent way and predict new phenomena, providing us with deep insights into how the universe works.

Science needs both theory and data collected through observation or experiment. Theory produces a mathematical description or model of certain systems, which generalizes data taken from particular observations to explain them and others. In that way, observations are the test of theory, and theory is the explanation for observations. Sometimes theory predicts new phenomena that are later observed, such as gravitational waves, which were first described in 1916, but only detected a century later. In other instances, astronomers observe phenomena for which theorists don’t have an explanation, such as the accelerating expansion of the universe.

Theoretical astrophysics covers as wide a range of topics as observational astronomy. 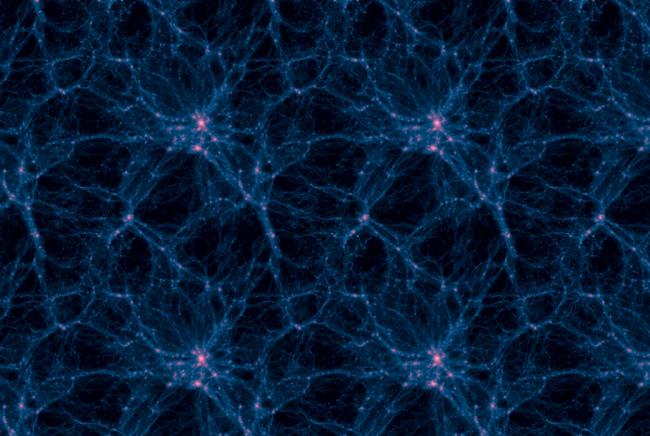 Simulation using the Illustris program of the dark matter governing the distribution of galaxies. Such simulations connect astronomical observations of galaxies to the theory describing how the universe evolves.

Harvard University Department of Astronomy, Institute for Theory and Computation
The Big Bang theory of cosmology successfully describes the 13.7 billion years of evolutionary history of our Universe. However, it is known that the origin of the Big Bang is incomplete. We are interested in finding out what caused the Big Bang, and the physics involved in this primordial epoch. We study physics, build models and propose observables for the primordial universe using quantum field theory, general relativity and/or string theory, and test them with data from astrophysical observations.
2